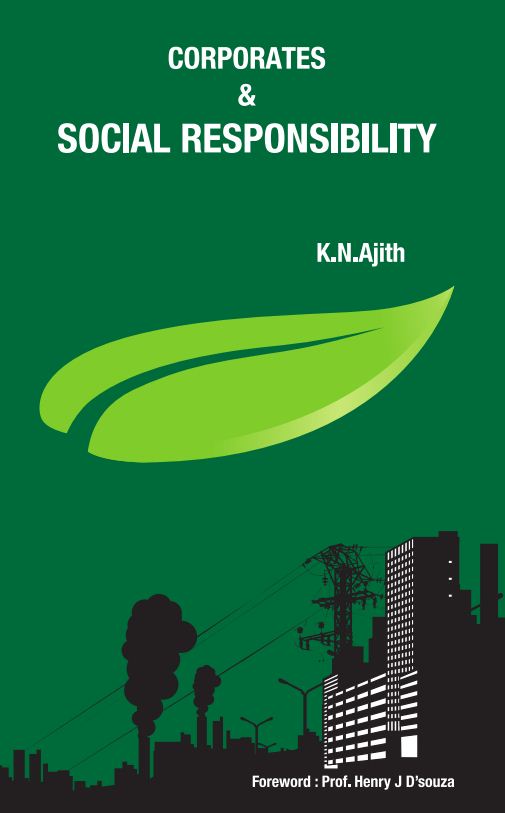 SKU:
$0.00
Unavailable
per item
Corporate dominance of global trade is neither new nor recent. Students of India’s history know that the East India Company was indeed a global trading corporation, chartered in December 1600 by Queen Elizabeth I to expand colonial markets. The Company quickly established military and administrative control over territories in India to dominate trade, especially in opium, tea, cotton, silk, and spices. In fact, English imperialism in India began as a form of corporate colonialism that lasted for 100 years following the East India Company’s victory in the Battle of Plassey in 1757. The Government of India Act of 1858 established the British Raj as the English monarchy’s surrogate to control colonial trade across the Indian subcontinent.
​
The Dutch East India Company was another mega- corporation that traded in spices with Asia and colonized Indonesia and parts of Africa.  In fact, it established the Cape Colony in South Africa as early as 1652. To be sure, these mega-corporations were the architects of colonialism and all the suffering that accompanied it in occupied countries. Parallels exist with US corporations in Central America in the 19th  century, in examples such as the United Fruit Company in Guatemala, where repressive military dictatorships emerged and partnered with the US military to serve corporate interests.   The South Manchurian Railway Company did the same for Japanese imperialism in China. As the great Chilean Poet Pablo Neruda wrote:

United Fruit Co.
When the trumpet sounded everything was prepared on earth, and Jehovah gave the world
to Coca-Cola Inc., Anaconda,
Ford Motors, and other corporations. The United Fruit Company
reserved for itself the most juicy piece, the central coast of my world, the delicate waist of America.
It rebaptized these countries
Banana Republics …

high-class muscle man for big business, for Wall Street and the bankers. … I helped make Mexico safe for American oil interests in 1914 and Haiti and Cuba decent places for the National City Bank boys. I helped purify Nicaragua for the International banking house of Brown Brothers in 1909-1012. In China I helped Standard Oil operate unmolested.

Sadly, very little has changed to this day. In recent years John Perkins, a global corporate insider and an economist by training, wrote two confessional autobiographies to assuage his guilt.   InThe Confessions of an Economic Hit Man (2005) and The Secret History of the American Empire: The Truth about Economic Hit Men, Jackals, and How to Change the World (2008) Perkins shows how billions of dollars of wealth is transferred from poor countries using deceptive tools of economic forecasting, predatory lending and unending debt obligations, bloated corporate contracts, bribery, pimping, assassinations, and when those fail, even military interventions.

Corporations were also charted by states, for a limited time to serve the common good for a specific purpose, such as building a rail road or a bridge, and once this was done, those corporations were dissolved. In the US the Santa Clara County v. Southern Pacific Railroad decision bestowed on corporations rights of persons (life, liberty, property, and speedy trial by jury, among others) and freedoms (speech, press, assembly, religion and others) guaranteed in the first ten amendments (known as the Bill of Rights) to the US Constitution.   Those permitted corporations to enjoy all the rights of persons without either the responsibilities or the  consequences  expected  of  actual persons.  When you apply standards of human behavior to corporations, as the award-winning documentary, The Corporation, does through case analysis of criminally pathological corporate behavior and applying the criteria, as psychologists and psychiatrists do, from Diagnostic and Statistical Manual of Mental Disorders (DSM), conclude that corporations would be unquestionably diagnosed as psychopaths, if they were persons.

Corporations are amoral legal entities.   Their primary function is not to produce goods or services for consumers.  Most importantly, they are legally obligated to maximize returns for their shareholders.   In fact, the notion of social responsibility is not a part of the DNA of corporate structures.   Occasionally, programs of social responsibility are put forth as a public relation ploy to deal with growing public resentment.   From time to time, people had to intervene to rein in the corporations in from their exploitative practices through legislation to control their powers, such as the break-up of Standard Oil following passage of the Sherman Anti-trust Act in the US. There is a movement to abolish corporate personhood and return to a time when they were mere legal instruments to serve the public good. Yet, if we look back at history, the notion of corporate social responsibility appears to be an oxymoron.

In this book, Ajith , after conducting a survey of corporate executives in Chennai, gives a glimpse into how these functionaries view CSR.   His findings make clear that there is very little understanding of CSR and imply that CSR is still viewed in traditional terms of providing education and health care.  While those services may earn the goodwill of people in their communities, they are also largely self-serving. Although such CSR programs may provide companies with a healthy and educated workforce, they also serve as a public relations strategy to bolster the companies’ image.

Capitalists like Warren Buffett realize the imminent political, economic, and ecological dangers of accumulating unlimited wealth in few hands. They have much to lose when there is an apocalyptic collapse. The recent global economic meltdown, barely rescued by the U.S. tax-payer bailout of giant corporations like AIG , Solomon Brothers, Citibank, Bank of America and huge mortgage companies like Freddie Mac and Fannie Mae, was a clear indication of the extent of economic risk. Capitalism is unsustainable economically if it impoverishes the working class that forms the bulk of its consumers.   When it impoverishes large sections of the population, as Ajith observes about India, capitalism inevitably leads to political turmoil.

The rise of politically destabilizing Naxals in rural areas of 22 states in India, and the recent electoral victory of the Maoists in the adjoining country of Nepal after a protracted armed struggle, have not escaped the attention of some shrewd capitalists and perceptive politicians .   The question is whether 0.2 to 2 per cent of money that is recommended by Karmayog for CSR is adequate. I am afraid that the answer is definitely no. Nation states do redistribute wealth, often to those who control it.  In India, corruption has been a long- lasting practice of controlling the nation state. Obviously, the poor who form the majority do not have the means either to control the nation state or to use it as a means of redistributing wealth in its favor.

Finally, can mother Earth—Bhoodevi Laxmi—bear an unrelenting assault on her capacity for capitalist accumulation that knows no limits?  The severe sickness and fever—global warming, that the Earth Goddess is suffering is alarming, and she begs us to heal it. The CSR initiative in India is certainly a response that parallels Kyoto and other feeble protocols by the nations of the world. We, indeed, are consuming ourselves out of existence, a paradox that calls to mind a Zen Buddhist meditation imagery of a snake coiled in a circle beginning to eat its tail in four quadrants of a window; in the second, it had eaten a fourth of its length, in the third, three fourths, and the last quadrant, was blank—there was no snake. That picture did not make any sense to me until I read about how we are destroying the planet in pursuit of insatiable profits and consumption. Certainly, there is much wisdom in the nursery story I remember about the greedy farmer who killed the goose that laid golden eggs.

Given the environmental degradation and enormous poverty that still victimizes the majority of the population in India, as author Ajith urges, CSR has to emerge beyond its current charitable framework and look toward how corporations can change their structure to reduce environmental degradation, growing inequalities, poverty, and hunger. Paradoxical as this task is given the logic of capitalist accumulation, there is no escaping it. We will need to set up corporations that are legally bound to improve the quality of air, water, food, shelter and quality of life for all or else we will be speeding toward an apocalyptic doom—a shamefully short evolutionary life for a species that makes scriptural claims to be the crown of creation or— as in the ancient Hindu Advaita tradition— Aham Brahmasmi.